“Gavin has a great deal of experience as not only a writer but as a performer, director and script editor. I collaborated with Gavin, employing him produce a professional script-reading as part of the development for “High Ground” – a feature film starring David Gulpilil and Jack Thompson. I count him as one of the important voices to which I listen to during the creative process. Gavin is a strong, intelligent writer who is unafraid to turn his hand to anything – feature writing, situation comedy, documentary or theatre – all of which he attacks with that same enthusiasm and desire. The work he has produced has always been thoughtful, funny, and very entertaining. He behaves and executes like a seasoned pro and the work is the most important thing to him. He throws himself into others’ work with the same gusto he has for his own. Gavin is a hard-working, intelligent guy who can see the process from many angles. Or as Gavin would put it, “Gavin is ace”.”

“Gavin is the funniest guy I know.”

“Gavin was one of our most passionate and committed students. Through his focus and application in his writing skills, and his capacity to manage creative projects. He has shown himself to be a generous student in his support of others, and through his willingness to lead. He has successfully managed the RMIT Screen Network, a student run organisation that provides script readings with professional actors, which has attracted the support of directors and producers such as Stephen Luby. As a testament to his capacity to lead others, Gavin was awarded the RMIT’s Erin Thomas Award for Most Enterprising Screenwriting Student.” 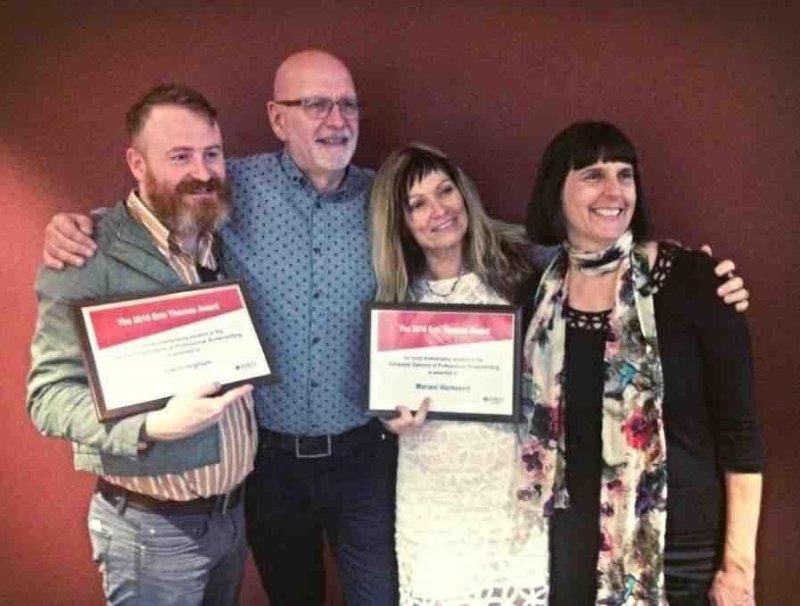 Click here to link to a symposium Gavin was a guest-speaker on chaired by Screenwriting educator – Dr Noel Maloney.

“I really didn’t want to but I lent Gavin seven bucks coz’ he wanted some hot chips to eat on Sunday and I told him to pay back the money by Tuesday, and he ended putting it on the kitchen table by the Monday night. So he got my trust back that day… well that night.”

“I have worked with Gavin over the past year developing a comedy web-series he has co-written. We are currently in talks with major networks in regards to further opportunities for development and production. Together we produced a short ‘proof of concept’ film for this web-series, as part of further pitching the show. Gavin was one of the writers as well as lead actor in this production. I look forward to working with Gavin in the future.” 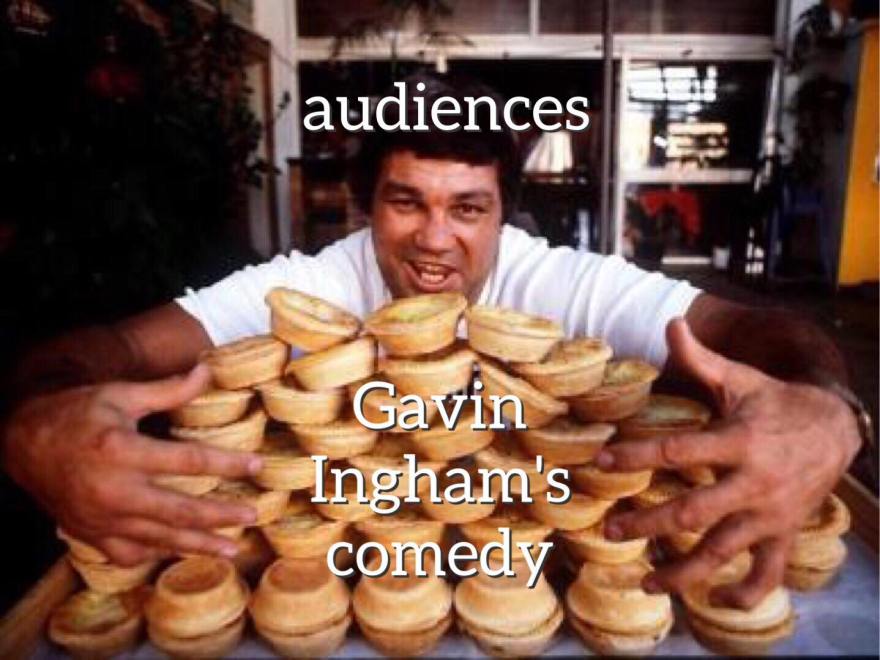 “He puts my bins out most weeks.”

“You were the funniest on stage so far – when are the rest of the comics getting here?” 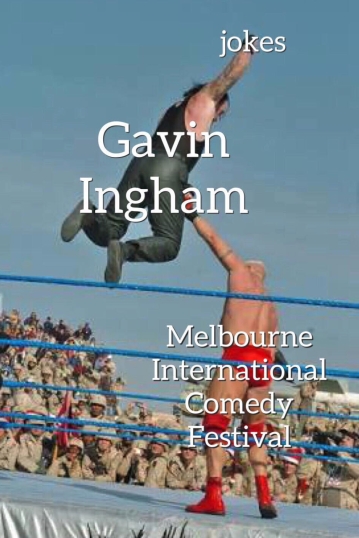 “To think how low of a person you actually are… it’s why the Australian public never liked you. I got nothing to do with your family and I don’t care what’s wrong with you, you liar. If you come near me, I will knock you out.”

Gavin Ingham acknowledges the Land and Songlines of the Wurundjeri and Boon Wurrung peoples of the Kulin Nation, and the people whose hands hold this country.